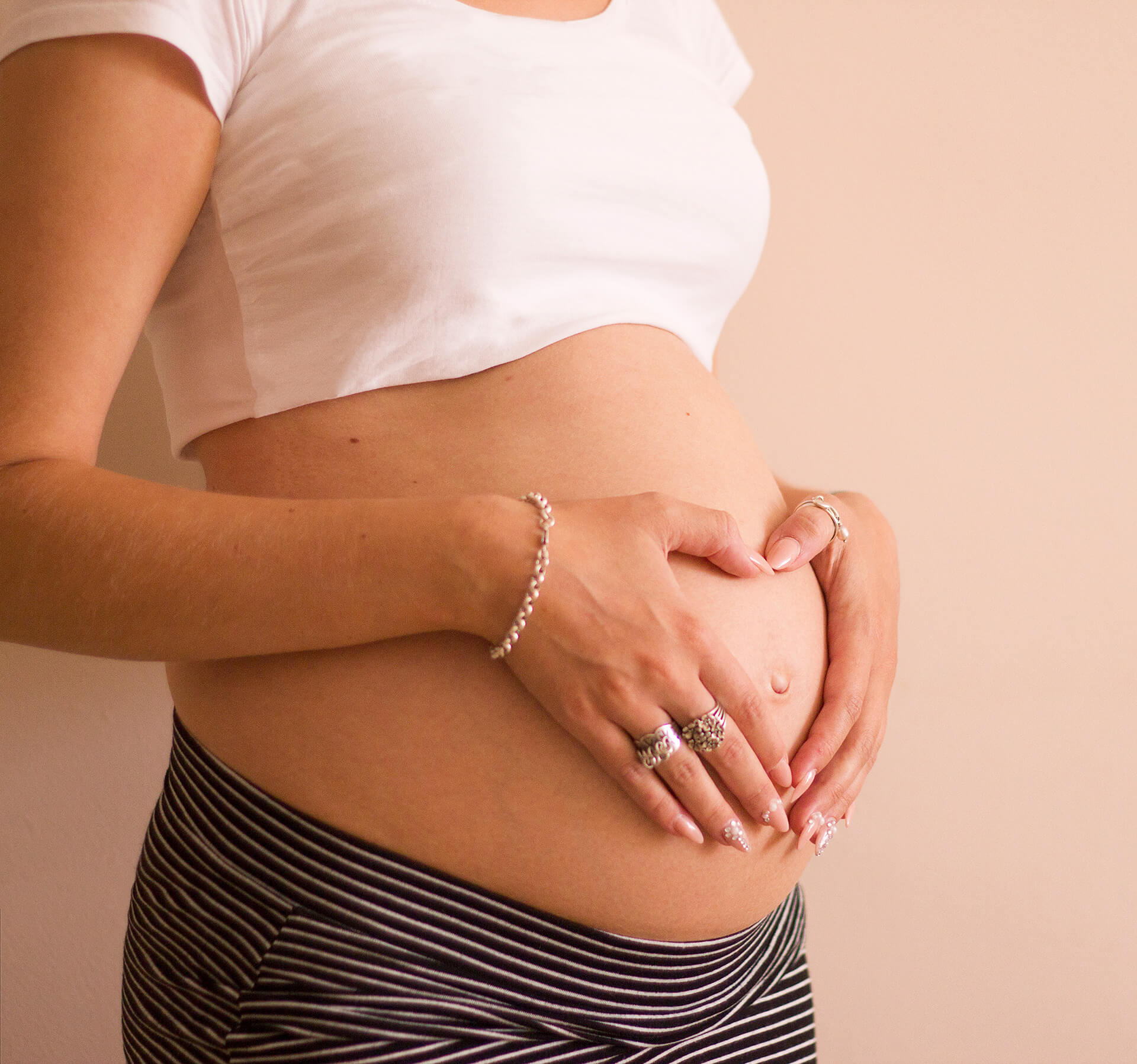 Can I eat Chocolate with Gestational Diabetes?

The answer is, “Yes!” It is also, “No.” Read on to learn more about gestational diabetes mellitus (GDM) and how chocolate can play a role in your diet even if you have it.

What is Gestational Diabetes?

Gestational diabetes mellitus (GDM) only occurs during some pregnancies and is a temporary condition that disappears after pregnancy.

Unlike Type 1 Diabetes (T1D), in which insulin production ceases because the pancreas stops producing insulin completely and forever, gestational diabetes is not caused by a decrease or absence of insulin production but by an increased demand for insulin at a time when pregnancy hormones produced by the placenta diminish insulin’s effectiveness; essentially, those with GDM are unable to produce enough insulin to compensate for the resistance. The hormones that create insulin-resistant are less present in the first trimester of pregnancy, and increased insulin is required starting around week 20 to 24 of the pregnancy. Thus, because baby’s vital organs and development has already happened in the first trimester, gestational diabetes does not seriously threaten the baby. If gestational diabetes is going to develop, it is usually detected between weeks 24 and 28 of pregnancy and persists until delivery.

The Role of Insulin

Our cells require glucose as fuel to operate. Glucose comes from carbohydrates that are broken down into sugars during digestion and enter our bloodstream from the gut. Glucose travels to all our cells to feed them so they work. All our bodily functions, including heartbeat, breathing, moving, thinking, communicating, and living require fuel in the form of glucose.

However, to get into cells, glucose must have a key to open the door to the cell. Insulin is that key. Insulin allows glucose to enter the cells. If insulin is absent, the cells start to starve. They signal the brain that they need more sugar. The brain tells the body to get more glucose in the bloodstream (by using stores in the body and signaling hunger so we eat) and insulin into the bloodstream to feed the cells.

If insulin is not present along with the glucose or is not recognized by the cells as a key to let in the glucose, blood glucose levels rise cells starve. The body starts burning fat and muscle tissue to try and feed the cells (keto-acidosis). If this state continues, the cells – and eventually the body – will die.

Who Gets Gestational Diabetes Mellitus?

Does Gestational Diabetes Affect My Baby?

In almost all cases, GDM is not evident until after the first trimester of pregnancy, which is the most critical to development of a health fetus. Normally not starting until near the end of the second trimester or the beginning of the third trimester, the higher levels of glucose in mama’s blood does not cause any birth defects or threaten the baby’s development.

However, if left undiagnosed or untreated, gestational diabetes can result in babies being overweight at birth (over 9 pounds) and/or experiencing a severe drop in blood sugar after birth, which may need attention from doctors.

What Can I Eat When I Have Gestational Diabetes?

If you are diagnosed with gestational diabetes, you will be required to pay more attention to your diet, since blood sugars are directly affected by what we eat. You will likely need to monitor how many carbohydrates you eat. You will likely be required to check your blood sugar levels throughout the day, using a blood glucose monitor, to ensure they do not go too high. You may have to increase your exercise, particularly after meals.

Some with gestational diabetes can control their blood sugar levels with diet and light exercise while others may need to start taking insulin by injection or insulin pump until the baby is born. Having to take insulin does not mean you are not eating properly or that you are not exercising enough – it means that your body is having a harder time producing enough insulin to overcome the effect of the pregnancy hormones causing the resistance to insulin. It also does not mean that you will become T1D after the pregnancy or later in life (there is some correlation to the incidence of Type 2 Diabetes, T2D, later in life for those who have gestational diabetes but there are many other factors that influence the onset, or absence, of T2D).

Many crave chocolate when not pregnant, let alone when pregnant! Those with gestational diabetes suffer all the same cravings that those without GDM do – but they are limited in what they can choose to indulge those cravings.

In general, those with gestational diabetes are instructed to eat complex carbohydrates (carbs that take a longer time to digest) over simple ones – and they are often told to avoid sweets, candy, desserts, sweet baked goods, and – yes – chocolate!

Dark chocolate is not only lower in sugar than milk (and white) chocolate, but also better for you. Sugar-free chocolate is a good alternative whether you like dark or milk chocolate. The important thing is to read labels to determine with what chocolate is sweetened (all chocolate bars and treats, even dark ones, are sweetened). Glucose, sucrose, fructose, lactose, and other ingredients ending in ose are sugars and should be avoided when living with gestational diabetes. Even natural sweeteners, like honey, agave, and other fruit juices need to be avoided, as do dried fruits within the chocolate bar or treat (raisins, dates, mangoes, bananas, etc., even cranberries should be avoided) because the sugar content of dried fruit is very high and enters the bloodstream very quickly.

Sugar alcohols (usually ending in tol) are safer to eat because they are digested differently and usually have very little impact on blood sugar levels but most sugar alcohols (mannitol, maltitol, sorbitol, etc., may have nasty effects on your digestive system, causing bloating, gas, diarrhea, and even nausea.

Only the sugar alcohol erythritol has no impact on blood sugars or our digestive system (unless someone is fructose intolerant, then some discomfort may occur). Erythritol, stevia, and monk fruit are the only natural sweeteners that do not impact blood sugars and do not cause other concerns. Be sure to read the ingredients list and the nutritional charts on any chocolate that you buy.

[2] Scientific Research completed by UBC Department of Food, Nutrition and Health, Dietetics conducted a study in 2020/21 that will be published soon. 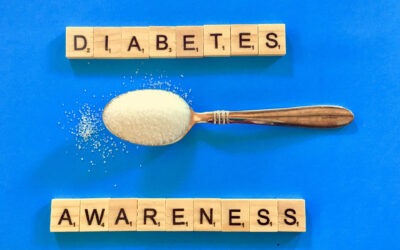 Although it’s been around since the time of the Ancient Greeks (100 AD), diabetes is still a disease that many know... 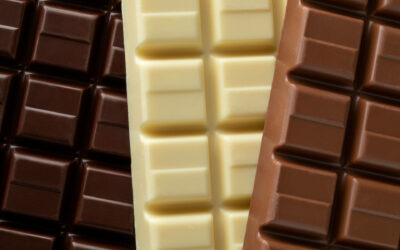 White, Milk, or Dark Chocolate – Which to Choose?

Those wishing to reduce sugar and/or carbohydrates in their diets often avoid chocolate and other sweets completely,... 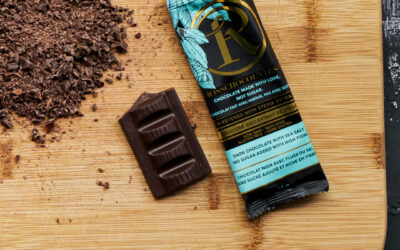 In December 2020, Ross Chocolates reported on a study being conducted by the University of British Columbia’s...